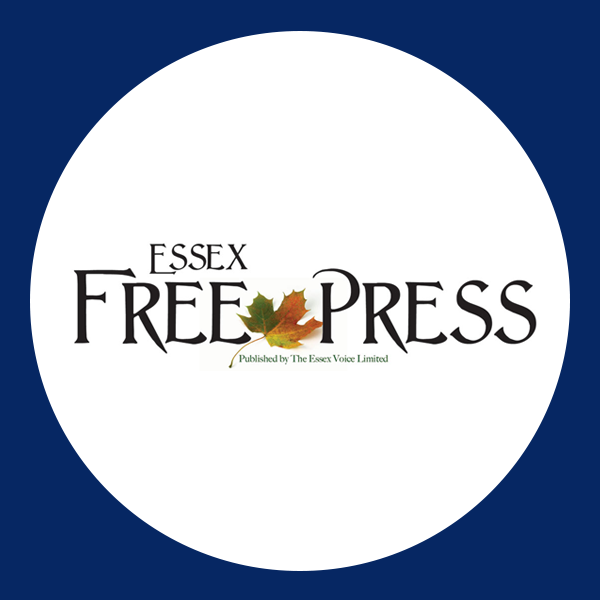 It was requested a site-specific rezoning be granted for the around 966-square metre property to permit the construction of one single-detached dwelling and accessory structures.

In accordance with the Planning Act, a statutory public meeting was held on the request, which allowed Council to hear and receive public comments and submissions concerning the rezoning matter. The Report to Council notes notice of the meeting was given by mail to all property owners within 120 metres of the aforementioned site. It was also posted at the subject property and on the Town of Essex website.

Renaud noted he bought the property in 2009. At the time of purchase, there was a plan to build a single-detached dwelling in the future. It did have a dwelling on the property, but it was deemed to be lawfully existing, the Report to Council noted. Due to its poor condition, it was demolished. The property is currently vacant.

At the time of purchase, Renaud said, he had no idea it was zoned industrial as the property included a house and was taxed residential farmland.

Now in a position to construct a replacement dwelling, he cannot obtain a building permit because the M2.1 zoning does not permit a single-detached residence as a permitted use, the Report to Council notes, which is why Renaud is asking for a zoning change.

Sanitary and water services are available along Maidstone Avenue West. The Manager of Environmental Services has no concerns with the proposal and has stated the property would be serviceable, the Report to Council adds.

The Town of Essex’s Assistant Planner Rita Jabbour noted the current zoning label was likely a carry-over from before amalgamation. She added MPAC typically taxes properties based on their usage and not on the zoning.

Councillor Larry Snively said he had no issue with the request as it would require a minor change, so long as there have been no objections from the public.

The Report to Council noted the Town did not receive any comments in opposition of the request as of Thursday, April 19.

Snively and Mayor Ron McDermott would like the issue of tax bills indicating something different than the zoning the Town has implemented to be investigated.

Essex Council adopted a proposed amendment to the Bylaw 1344, which imposed Development Charges (DC) for the Town of Essex.

The proposed amendment will provide for a 100 percent DC discount on non-residential developments within the Town of Essex for areas outside the existing Community Improvement Plan (CIP) boundaries, until August 25, 2019.

The Report to Council notes the Town Clerk did not receive any public feedback on the matter.

A Notice of Motion was brought forward for consideration at the December 4, 2017 regular Council meeting to discuss the matter. At the February 20 regular meeting, Council directed administration to begin the public consultation process to amend Bylaw 1344.

The main streets of Essex, Harrow, and Colchester Centres are already incorporated within CIP boundaries, which enable commercial developments to be reimbursed for development charges, the Report to Council notes. During the meeting, Essex’s Economic Development Office Nelson Silveira noted there are around 12 properties that are not eligible for this same incentive as they fall outside CIP boundaries.

“In the Town of Essex, commercial areas near Highway 3 and Maidstone Avenue have been identified as areas where Council would like to encourage development for intensification purposes. As a result of not being able to extend the boundary of the CIP to incorporate greenfield properties, administration is recommending that Council waive commercial Development Charges outside of the existing CIP boundaries in order to help stimulate new development in the Town of Essex,” the report to Council notes, adding the reimbursement of commercial Development Charges would have short-term financial impact on the municipality with long-term taxation and economic spinoff benefits.

The Report to Council states through the Development Charges Act, the reduction in development charges must be funded from other sources.

Municipalities levy development charges to pay the capital costs of infrastructure associated with new development, the Report to Council notes.

As Council adopted the 100 percent DC discount on non-residential developments with in the Town of Essex for areas outside the existing CIP boundaries, until August 25, 2019 in principal, it will be given three readings at the next regular meeting.

Councillor Larry Snively commented he was surprised no one from the public had showed up to offer opinions or concerns on the matter.